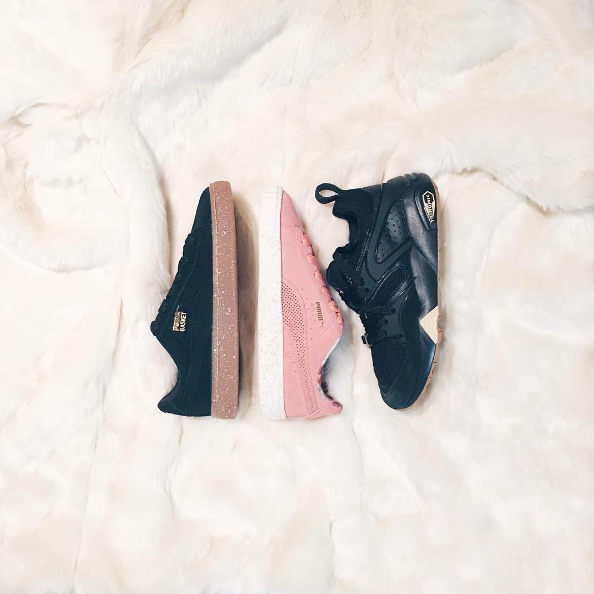 TORONTO – PUMA has been absolutely killing it with their collaborations and brand ambassadors, especially highlighting numerous celebrities, musicians and influencers. Their female brand ambassadors are some of the biggest influencers in the world ranging from the likes of Kylie Jenner, Rihanna, Cara Delevingne, or super-illustrators Sophia Chang (@esymai) and Caroll Lynn (@careaux). Many of you might not be aware of Careaux, but their first collaboration with PUMA has been arguably the most underrated project of 2016. The face behind Careaux would be Caroll Lynn, a women’s footwear designer based out of Amsterdam. You might not know her name but you will probably know her work as she is the women’s footwear designer for Filling Pieces on top of being a designer and global brand ambassador for PUMA. You also might know her as the face behind the #SHECOZY movement.

The first PUMA x Careaux collection consisted of two different colourways, the “Whisper White” and the “Porcelain Rose”, reflected onto six pairs of shoes in four different silhouettes: Blaze of Glory, Duplex OG, Suede and Basket. The collection features Caroll’s signature floral pattern, named “Dedication Flower”, throughout elements on both the shoes and the clothing. The “Whisper White” Blaze of Glory is one of my favourite collaborations of the year so far with an off-white upper, minimal pink hints, white midsole, a gum bottom, and her floral pattern throughout the lining.

For those of us who follow Caroll on Instagram, we’ve all been teased with shots of the latest project between her and PUMA. It seems that there will be two colourways of the Basket dropping in addition to a Blaze of Glory. The Blaze of Glory in an all-black upper with minimal hints of tan and the colourway is topped off with a beautiful gum bottom. The two Basket colourways consist of an all-pink upper with a lightly speckled white midsole or an all-black upper with a lightly speckled gum midsole.

The release date of this project is set for Saturday October 15th, 2016 so keep an eye out at select PUMA accounts, your local PUMA Lab, or PUMA.com!