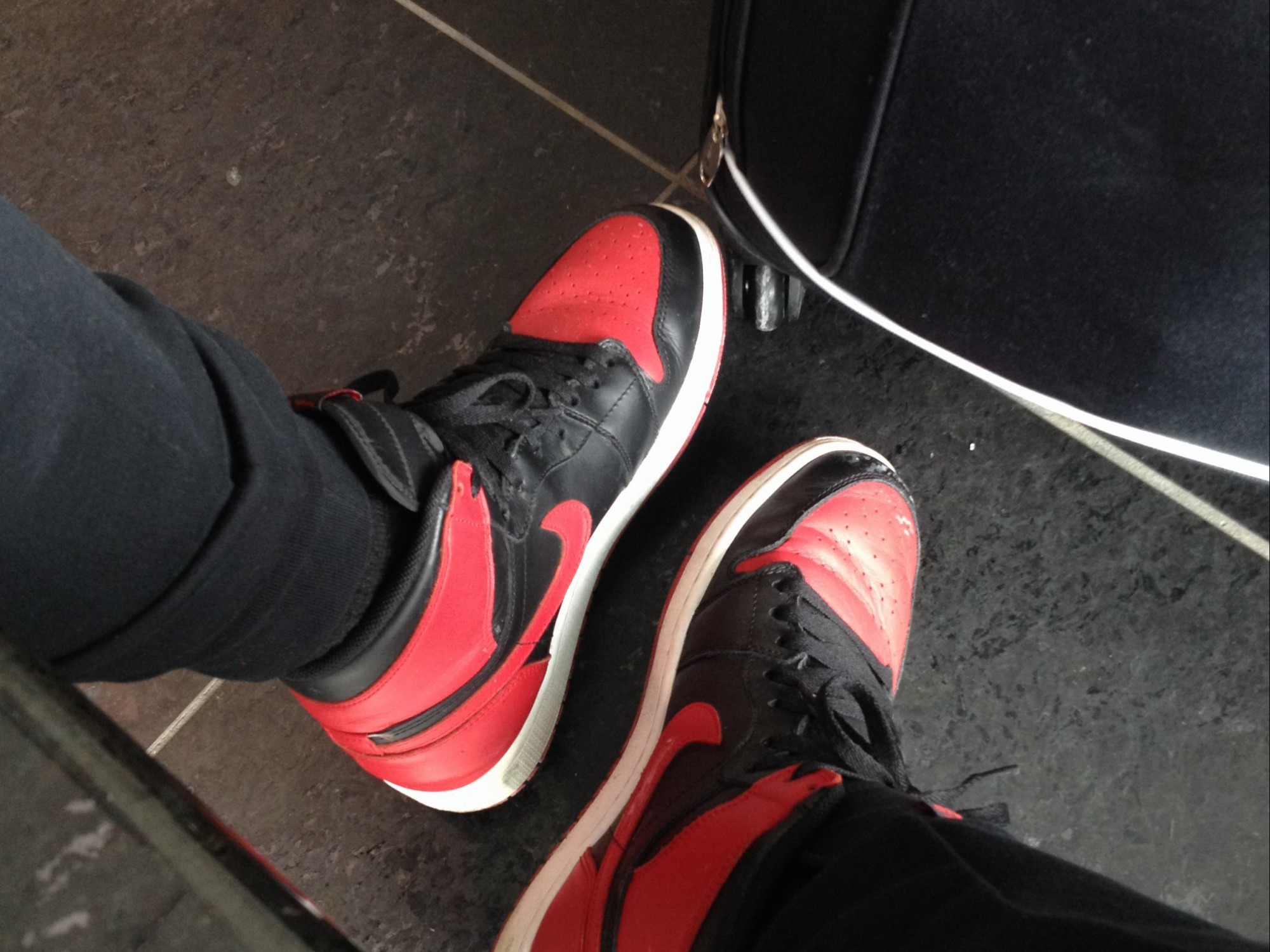 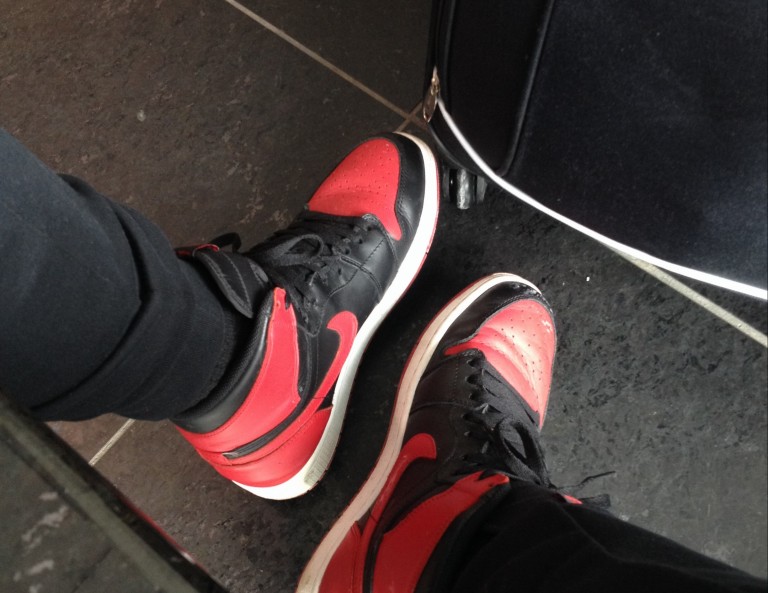 My luggage plans were to bring all my gear in a carry-on and to bring along an extra duffel bag in case I had some souvenirs to bring back from Portland. Ahead of me was 11 hours of traveling, broken down in two flights of about seven hours total and a four hour layover in Chicago. I have to tell you that traveling for so long and not necessarily knowing what TheBragAffair crew would be exposed to during the next few days made me more than a little anxious, in a good way, like being in a camp-out line and not knowing whether my size would be waiting for me once I got inside the store.
Figuring out which shoes to bring and when to wear them during the four day trip was the all important question of the packing process. We had two days of traveling, one day of city exploring, one day at Nike World Headquarters, all this including one evening at Sneakerball for Black History Month, where we would get dressed up and rock sneakers at the same time!
I chose some Jordan 1 BREDs as my every day shoe. A shoe that looks good when beat up, a shoe that most may own, but that still garners the appreciation of any true sneaker enthusiast. My Sneakerball choice was the recently acquired Nike Fragment Sock Darts. I imagined they would contrast my suit perfectly for such an event a classed up event.
Luggage in hand, shoes laced up, here is my play-by-play for Day 1 of TheBragAffair’s trip to Beaverton.

-Dropped off at the airport in Montreal, QC
-Classic airport carpet photo 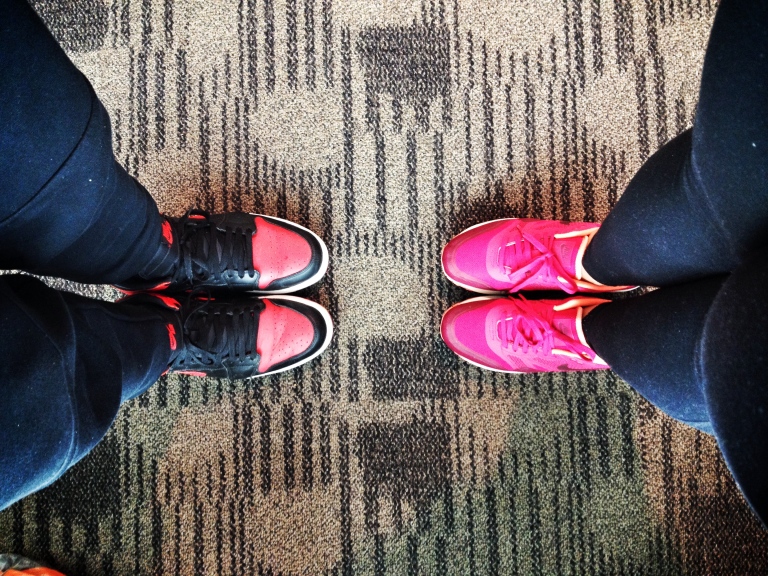 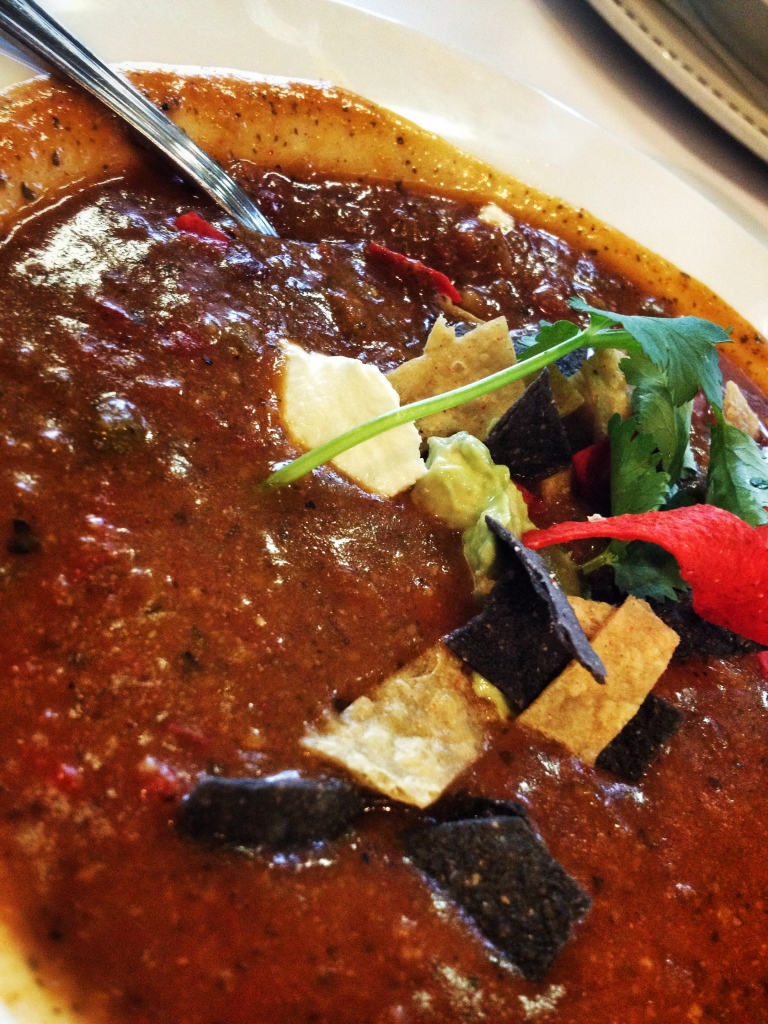 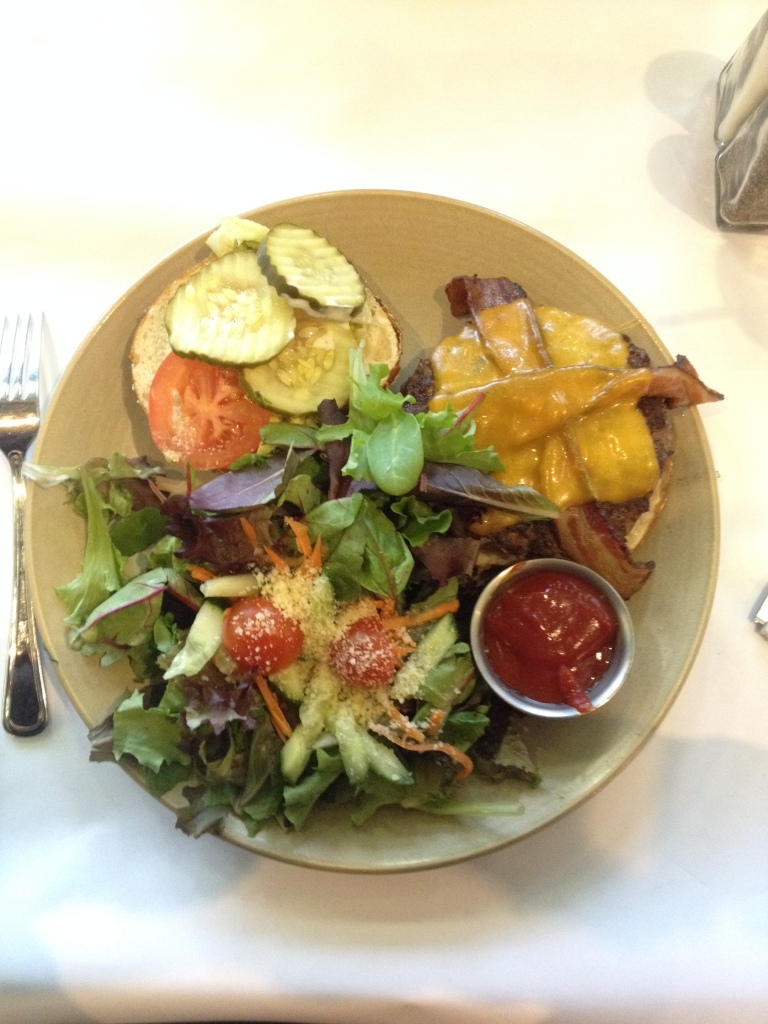 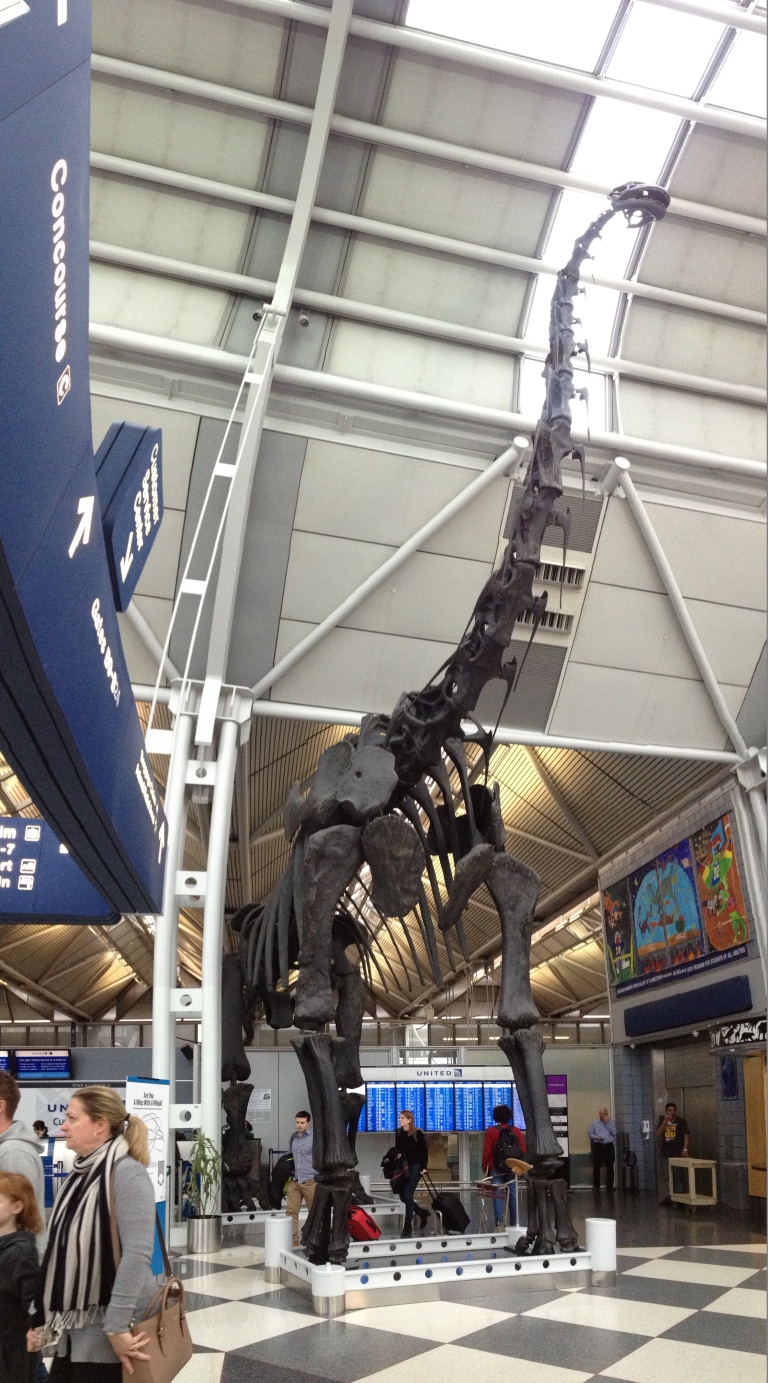 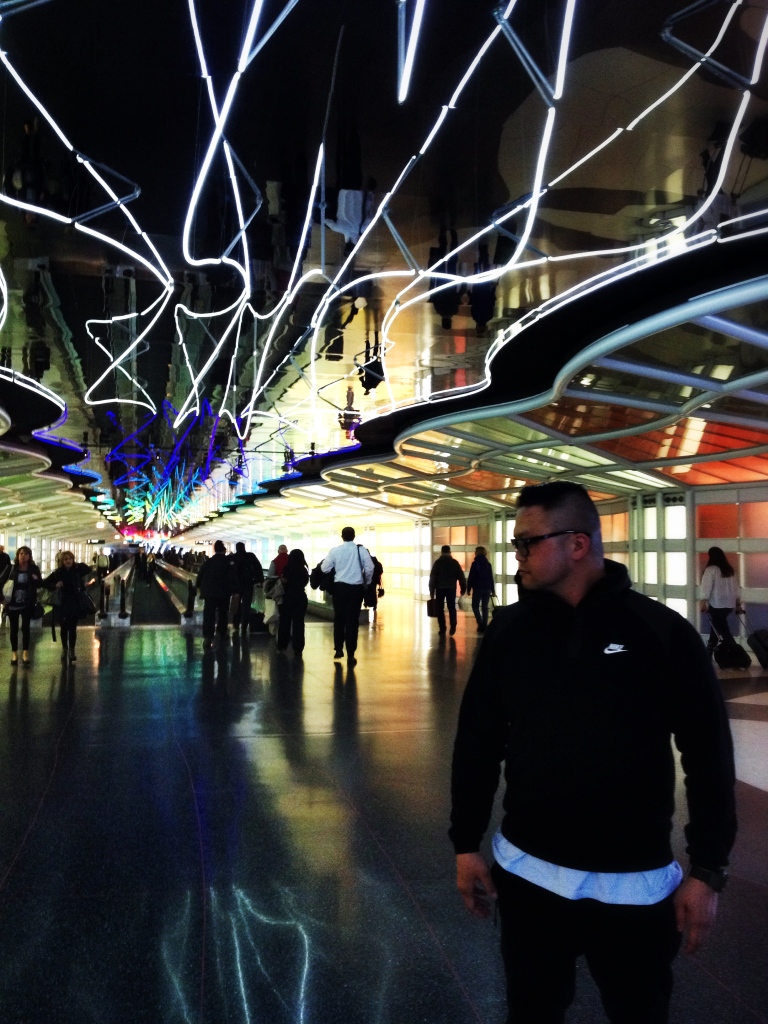 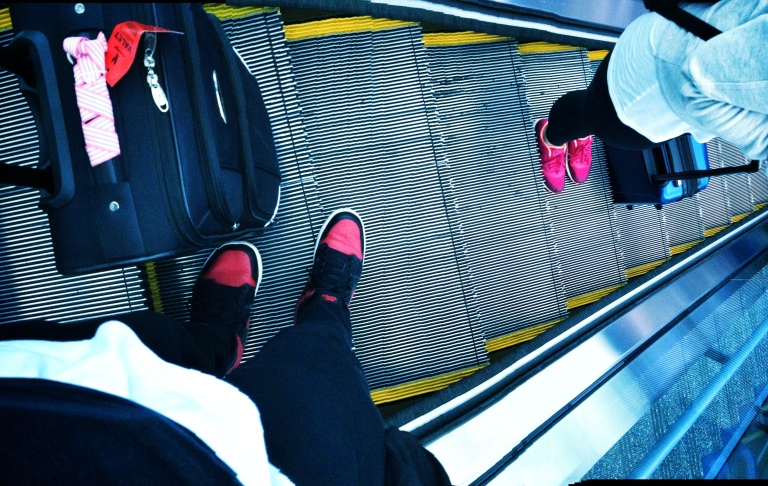 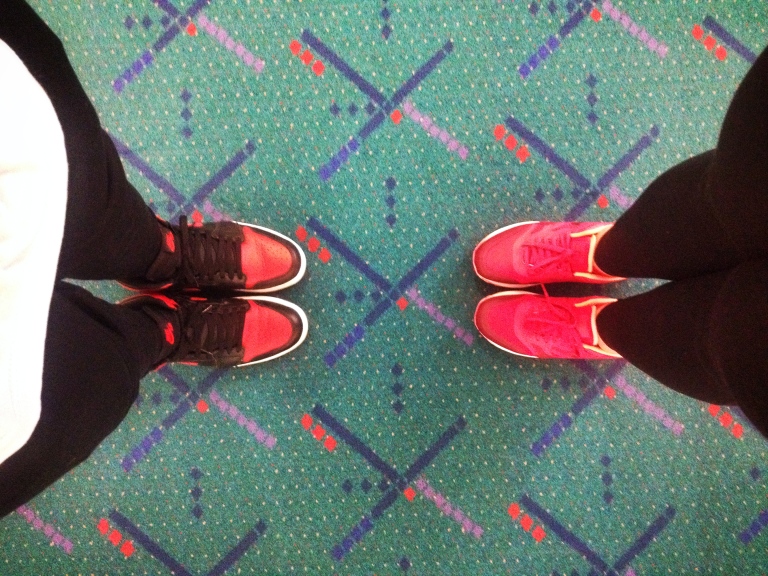 -Train ride to get to our rented condo
-Get off at the wrong stop and end up at the best donut shop in the city, Voodoo Doughnuts
-Doughnut Lyfe 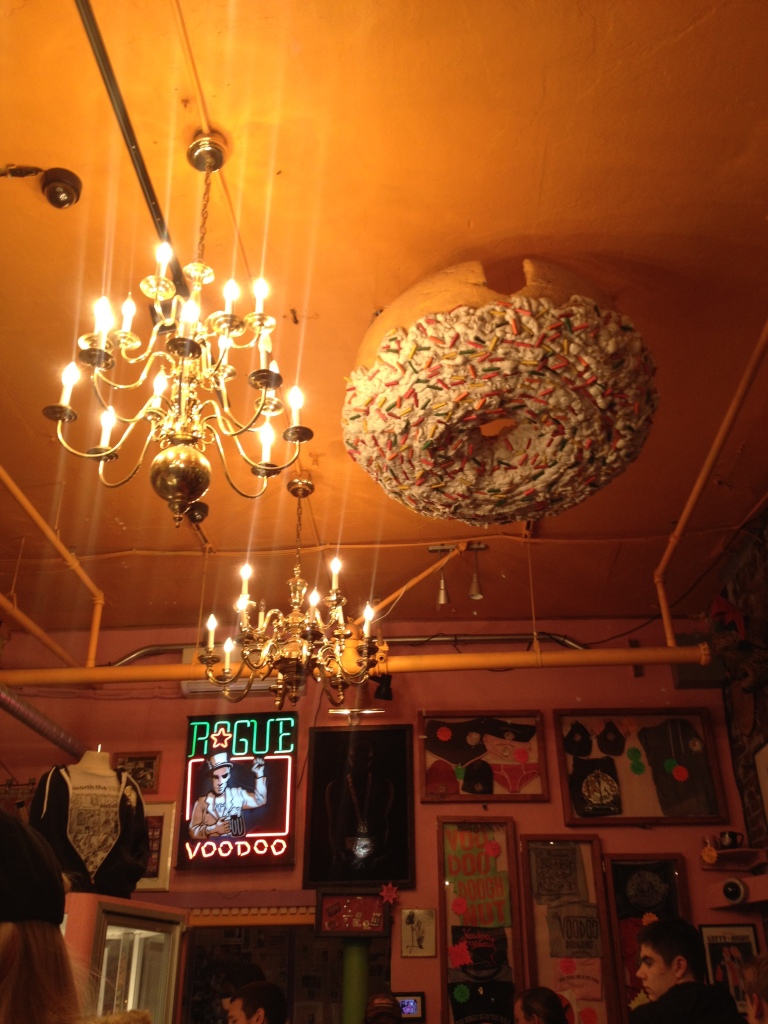 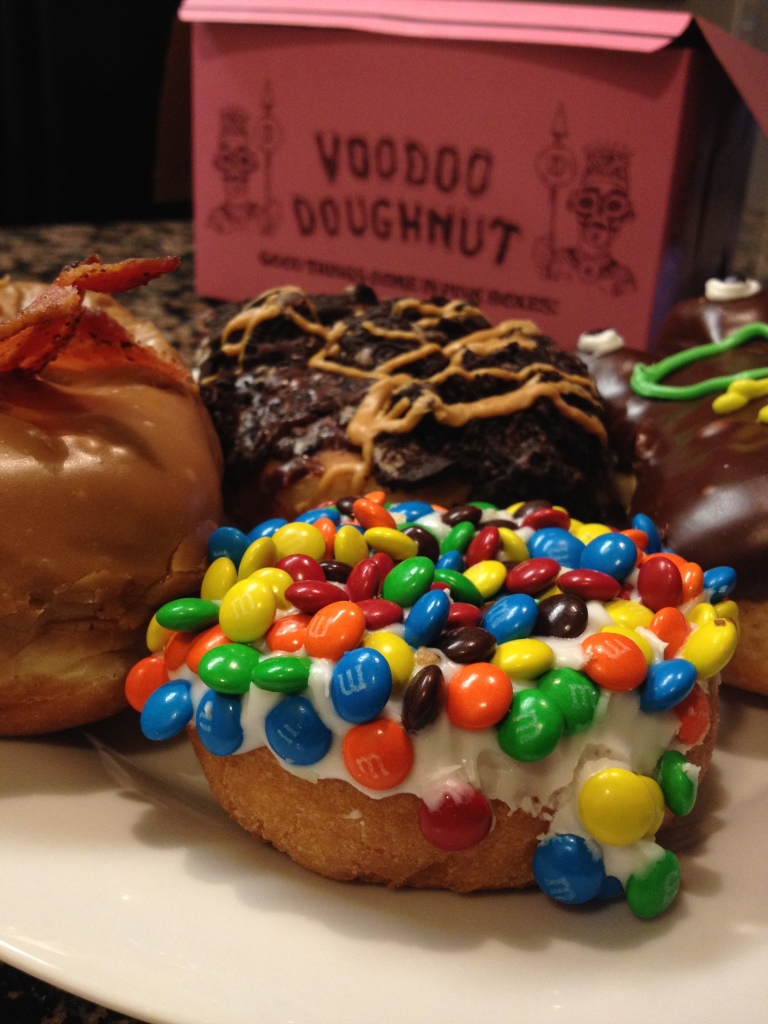 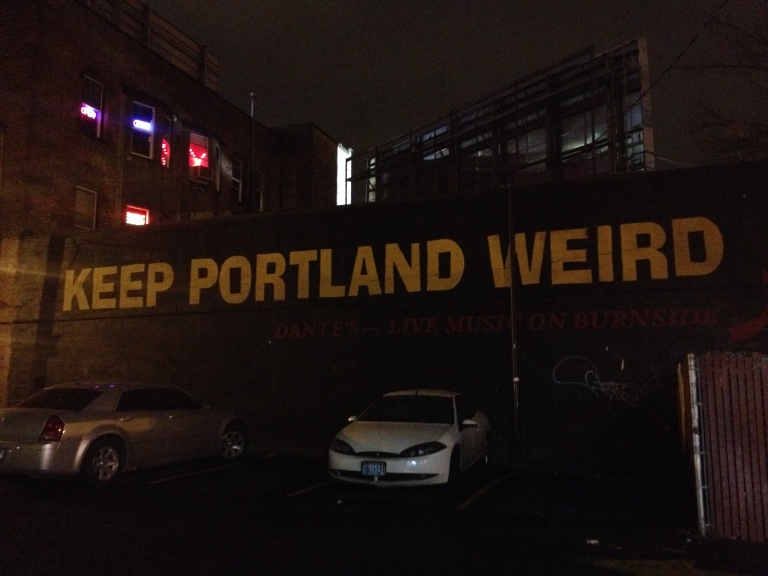