Over the weekend a portion of the team at Canada Got Sole attended and vended a sneaker expo held in Mississauga (about a 30 minute drive from the downtown core; for you non-Torontonians).  The event was presented by the boys at In Kix We Trust – a newcomer to the expo scene

As the vendors filed into the Hilton conference room at 10:00am (- ish … there was a party the night before.. I had some drinks.. anyways..), it was clear that many of the local powerhouses made their way to the West End. We were greeted by many familiar faces such as the homies at Tamed Toronto, Toronto Shoe Game, Tight Wipes Canada, ShueBoxx, 41Kix, and many many more.

It was great to see a solid mix of both sneaker vendors and clothing/accessory vendors. There was everything from socks, to shoes, to gun holsters for your phone to a running barber shop in the back corner. Canada Got Sole is all about #SupportYourLocal, and Mississauga definitely showed up to support their favourite local entrepreneurs. Tamed Toronto always manages to #CrushIt at these shows, and when speaking with them  after the event they told me they had their biggest day ever.

The event space itself was well set-up, with all available space being filled up with vendors. A pleasant surprise at this event compared to others was the music/loud host (or lack thereof). I’ve grown accustomed to having my ear talked (screamed) off by a DJ trying to hype the crowed; accompanied by ear piercing music that made even whispering in a shawty’s ear difficult. 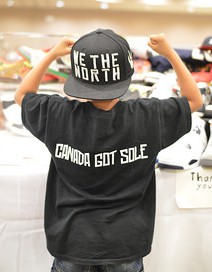 Weather seemed to keep some of the crowd away from this event. Around 12:00pm it began to pour rain and event-goers began to taper off around 3:30pm.

I’ve never really been one to stray away from wearing fire kicks in inclement weather, and apparently a lot of others share my motto, because there was a lot of heat on feet. I literally saw some dude wearing Solar Yeezy 2’s on his left foot, and Red Octobers on his right foot (What the Yeezys or nah?).

Something that made this expo stand-out –which I would love to see continue- is giveaways for the crowd. It seemed that almost every half-an-hour the host was giving away a pair of shoes, a tee, or something from one of the many vendor tables around the show. This definitely kept the crowd happy and was a good method for making people hang around for longer periods of time.

As for the Canada Got Sole table; we drifted away from our usual massive display and kept it to selling some merchandise and a couple of shoes we wanted to get rid of. All in all we had a solid day. We sold a bunch of tees (thanks to everyone for their support!!), got rid of some older stuff we don’t wear, and pocketed some cash.

It was a solid first showing for Kixchange Canada’s inaugural event, and they’ve already announced another one is in the works. Congrats to all of the guys who made it happen and good luck growing it into something huge! The next event Canada Got Sole will be attending is the Doper Heart “Toronto Sneaker Convention” on June 13th. Keep it locked on Brag for a recap of that convention. 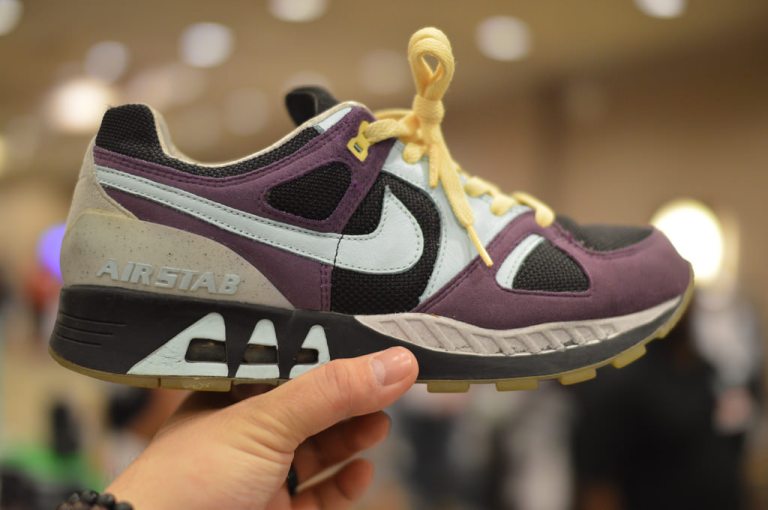 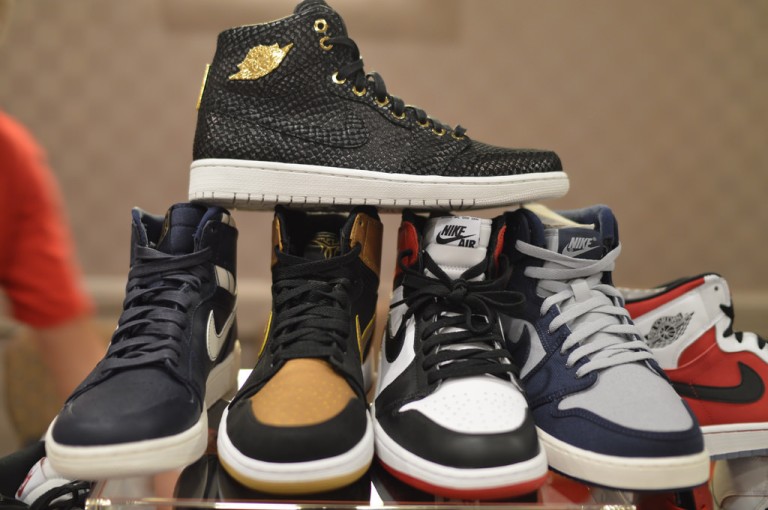 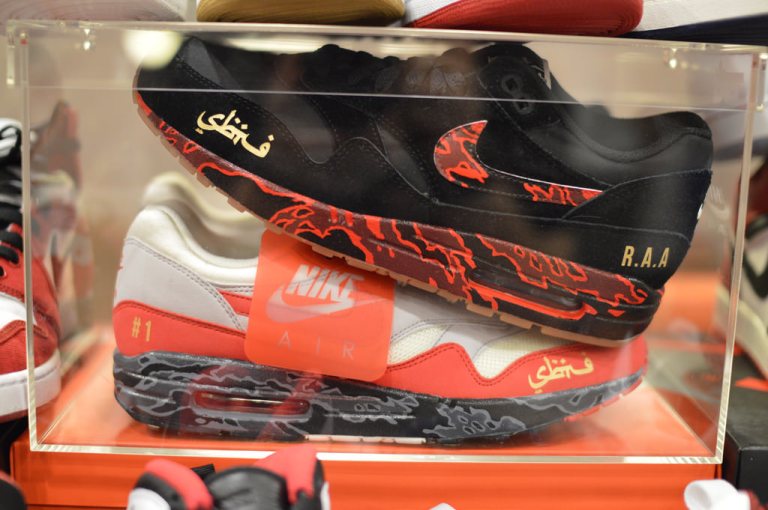 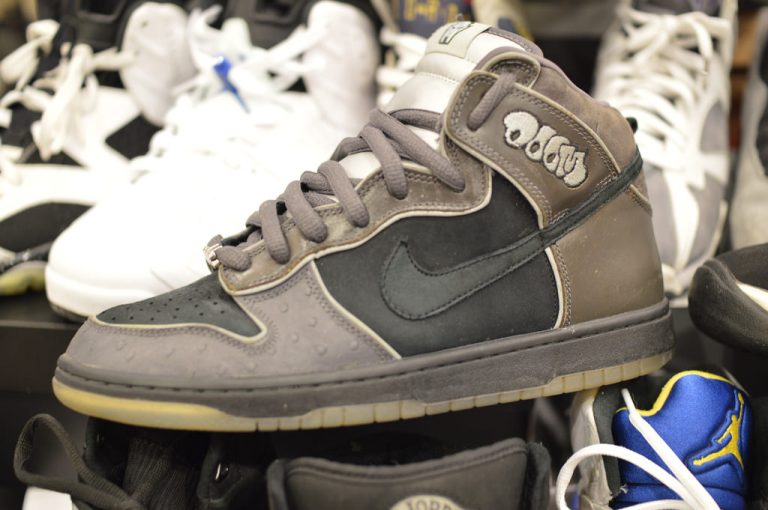 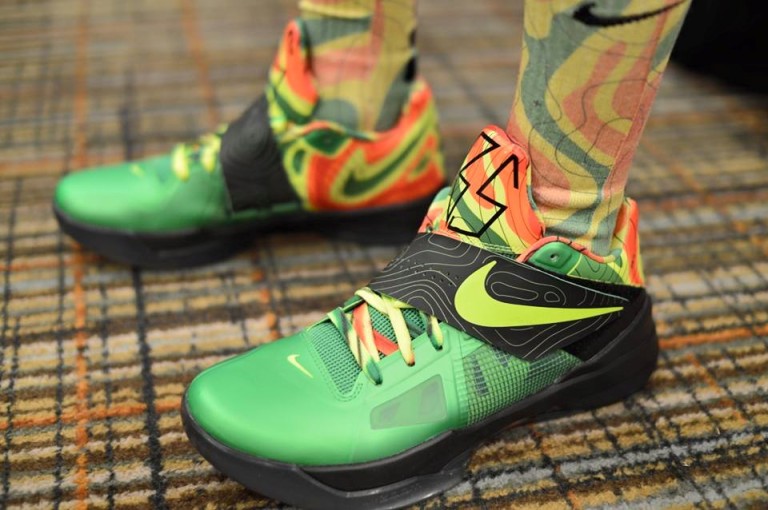 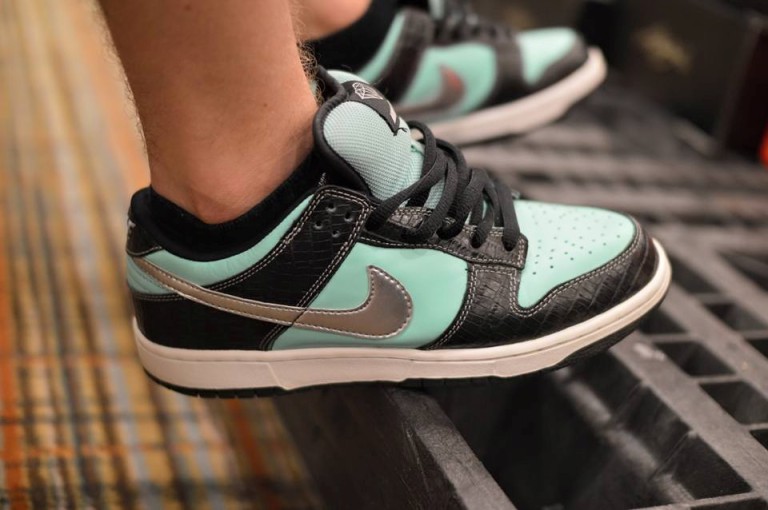 Splash . Find the Under Armour #Curry6 Splash Party at UA.ca or at your local stockist! #underarmourca #stephencurry #Curry6 #slashparty #RuinTheGame
To honor the actions of a young girl who inspired a global NBA superstar, Under Armour and Stephen asked Riley to add her personal design touch to the UA ICON Curry 6 United We Win colorway – a blend of purple and deep orchid with white – releasing today on International Women’s Day! Peep the video for the amazing story➡️ . #underarmourca #stephencurry #curry6 #unitedwewin #ruinthegame
The 1️⃣9️⃣ is now! Slide to view our unboxing of the #ULTRABOOST 19 🎥📦➡️ . Also, in celebration of the new adidas #ULTRABOOST 19, @footlockercanada teamed up with local artist, @antoinetava to create a grand #ULTRABOOST inspired AR mural at 480 Ste-Catherine St. W! Check out the man’s work! ➡️➡️ . . Find your adidas #ULTRABOOST 19 now available at your local shop and at Foot Locker online: https://www.footlocker.ca/en/product/adidas-ultra-boost----men-s/4206238.html . #footlockercanada #adidas #ULTRABOOST #reboosted #antoinetava
The Converse x Don C “Animal” and “Metal” Collections draw inspiration from signature animal prints and the 80s punk rock genre! . This latest collaboration between @converse and @chicagodonc is available globally January 12 from Converse.ca, and select stockists like @footlockercanada @champssports.canada . Hit the link in bio for a more detailed look at the Converse x Don C “Animal” and “Metal” Collections
@Converse introduces the first style driven iteration of the ERX, an iconic basketball style marker from the 1980s, with trendsetting designer and true fan of the sport, @chicagodonc . You can find the @Converse x @JustDon capsule now on JustDon.com and Converse.ca #converse #justdon #converseca
❗️TORONTO❗️ Celebrate #WeekOfGreatness at @footlockercanada on 247 Yonge St. all weekend long to take a pic in the gold room for a chance to win a Nike Gold Prize Pack! . #BecauseSneakersTO