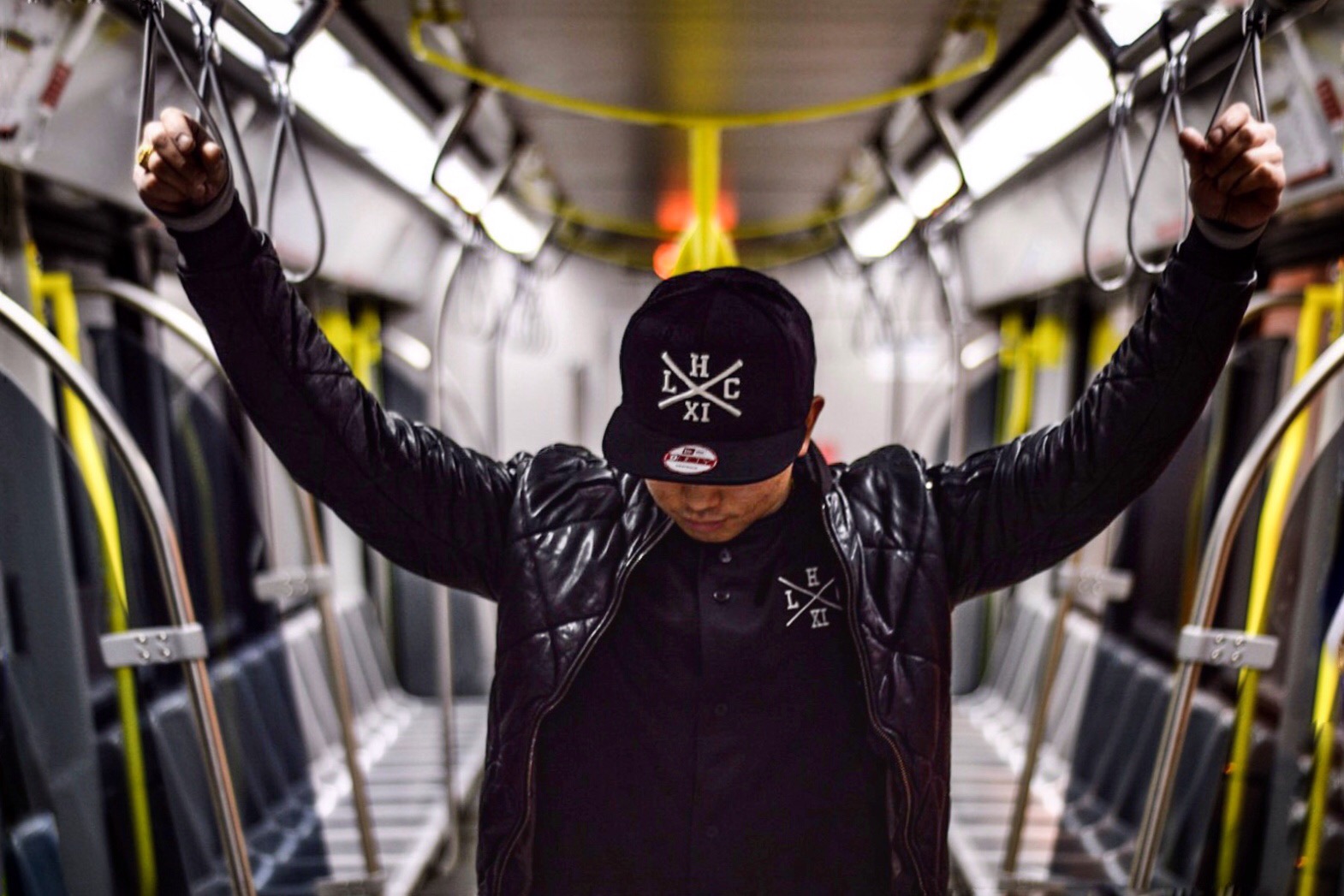 While everything we wear falls into the fashion category, for sneaker enthusiasts streetwear is the cornerstone, the day to day ‘fit.
Street wear, is constantly changing, but it’s more than a change, it’s a evolution, every year there are trends influenced by celebrities, while we are influenced by them, they are influenced by us, and by what is worn in the streets.
Street wear is real, it’s really in the streets, hood to Hollywood, from the suburbs to the inner city, Japan to Germany and in your hometown.
I talked to Albert ‘Myles’ Mejia from Legal Hustle Clothing a streetwear label based out of my hometown Calgary, AB, to take a inside look at the styles and approach to bringing a brand to life 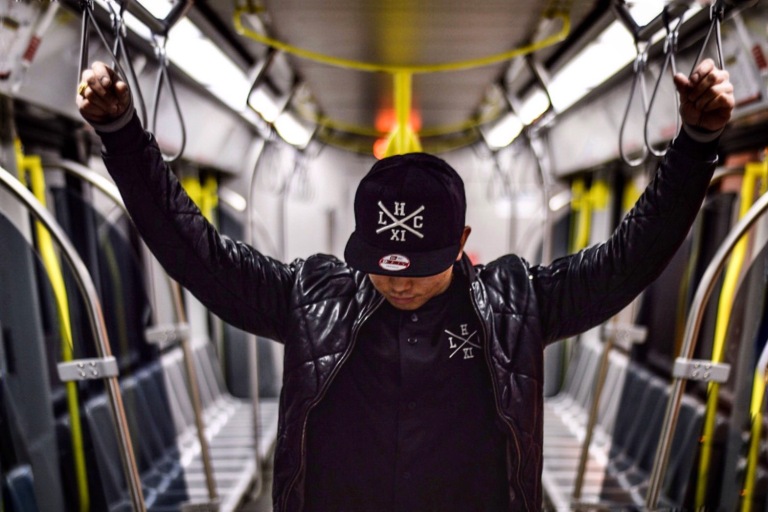 I want to start with a question I think of any time I see or hear of a brand for the first time, how did you come up with the name? is there a meaning behind it?

The name actually came from a friend but just by coincidence. It all started when I was around 19-20 and I just recently graduated from SAIT School of Transportation, I was working full time as a Aircraft Structures Technician and had 2 PT jobs at the sometime while helping some friends with a promotional company. I remember going to our weekly Sunday meeting for the promo company and while walking to the front of Waves Coffee my buddy said, “Oh what up Mr. Legal Hustle.” Because I was working so many jobs he said that I was like a drug dealer but I was on a Legal Hustle.

That’s when the name came at that very moment, I remember sitting at that meeting just doodling in my black book(which I still have) the word ‘Legal Hustle’ over and over again. I remember thinking I want the company to be bold and beautiful, since the word ‘Legal’ isn’t every catchy I wanted it to stand out(Hence why its in an athletic font). As for the word ‘Hustle’ I wanted it to be something beautiful, like an art form, and something positive to rid the negative connotation of the word Hustle(which is why its in cursive).

Growing up in the NE, in my opinion it’s not as bad as everyone thinks. Yes in Calgary it is considered the ghetto but its just like any other place you would live/grow up in, it’s all about street smarts.

I remember seeing homies back in the day making racks because of the shit they were doing.

Mind you it probably wasn’t the best way to get money but you live and learn, but I also remember getting a little inspiration from situations like that. Not that I’m promoting doing illegal things. But I did get inspiration from drug dealers, and gangsters not in a sense of the illegal shit but the sense of how they used that Hustle Mentality to get what they wanted wether it was through monetary gains or through respect.

For me the meaning behind ‘Legal Hustle’ is that I’m going to make it, period. I want to take that same mentality but push it in a move positive movement. I want to show not only entrepreneurs but also the youth that its possible to do things the ‘Legal’ way.

What’s the impression you want to leave with people seeing your brand for the first time?

I want to leave them with the impression of my story and an introduction to their story.

As much as ‘Legal Hustle’ has its meaning to me, I want everyone to develop their own success story. Many brands promote what they are and what they do but most of them never promote what their consumers can be/feel.

We’ve heard it all, “a lifestyle”, “a group of individuals”, “a state of mind”, “a brand built by originators”, etc, but when was the last time you heard of a streewear brand trying to change a negative to a positive? Or on my behalf a brand that wants its consumers to develop their own story?

Every piece of my designs have a story from my point of view, but I want to leave people with the ability to develop their own story and have their own point of view of about ‘Legal Hustle’.

What are your biggest inspirations when designing a collection?

My inspirations come from everywhere, but if I would have to point a finger on it I would say it comes from hiphop, street culture, growing up on dope shit, and being a dancer.

I’m big into the sneaker culture(No not the resell world) and I think thats what has helped me grow more and more as a designer as well.

Also people’s stories of success get me a lot. I’m a story kind of guy haha.

Travelling also plays a big factor to me for inspiration, theres something about leaving your home city and seeing a different city and learning about the culture.

I’ve also been inspired just driving/walking around Calgary, I’ve even been hit with inspiration during class and exams when I was back in College. Shouts to SAIT School of Business!

Many streetwear brands have stories of a couple friends, a basement or garage, a silk screen or sewing machine and a dream, has it been a struggle to get your company off the ground? What keeps you from giving up?

In the beginning its always a struggle and we’re all only human, I still get my down days of feeling defeated every once and a while but a true entrepreneur knows that those feelings are normal. If you haven’t been faced with the fear of failure then you’re playing it too safe.

This dream has been something I’ve thought about since I was around 14-15. There was just something about a dope ass graphic tee from the streetwear brands I supported like, Stussy(Still my #1), Crooks, Kidrobot, and Alife(to name a few), that always got me fired up and excited about. I’m not sure how I can explain it but whenever I walked into a sneaker/streetwear store I was always excited.

That’s what keeps me from giving up, I want to be able to share that experience one day with other streetwear/fashion nerds. I want to inspire the next batch of entrepreneurs wether it’s through fashion if not the work I’ve put in to be where I am with the company and as an individual.

As much as failure can lurk around the corner what keeps me from giving up is going face to face with failure and beating the shit out of it and proving to myself that I did it.

Collaborations between brands and designers have always been apart of fashion, but now it seems more than ever in streetwear, have you done any collabs in the past? Do you have any planned for the future you can give us any info on?

I have done a couple collabs, not as much but I’ve done some collabs with local dance crews in Alberta, and other local performers.

As for the future, Kalby aren’t we doing a collaboration together?

If you don’t know by now Kalby aka JustKalby is one of Calgary’s sickest photographers, not to mention LHC’s official photographer and a straight up humble dude.

This was not a shameless plug by the way lol, but thank you sir, likewise and I can’t wait for the final product.

Canada has been building a steady streetwear/menswear resumé but most brands find their home along the East Coast, and Vancouver, with Calgary’s growth over the past few years do you think our time to shine is on the horizon?

It’s getting there! But truthfully Calgary is still growing, but thats the best part about being in a city like this. In Vancity and the East Cost this stuff happens all the time, brands come up left and right but in Calgary to be one of the staple Streetwear brands is a big deal.

I believe our city has the potential and we are definitely pushing to shine more, its time to show the rest of the world we’re not just about Oil and Gas companies and cowboy/girl hat wearing people.

This Fall catch me in SAIT’s Alumni Magazine, Link Magazine where I will be profiled as a School Grad who is making a name in Calgary’s Business Community.

Also shoutouts to everyone thats been supporting and been with me since day 1.

“Keep on that grind and keep on that Hustle cause you’re doing it right.”

Covering the west coast, holler at your boy. View all posts by justkalby