New Balance has been showing Canadians love as of late, first the Canada exclusive limited 574 ‘Woods Pack’ and now with the massive 2 pair a week @newbalancecanada x @littleburgundy #backinbalance Instagram giveaway, that got me reminiscing of another great moment in Canadian New Balance history, August 9th 2014.
08/09/14 marked the release date of a sneaker that by the end of the year The Brag Affair would crown as the best release in Canada of 2014, the Capsule x New Balance MT580 ‘Canadian Tuxedo’.

Though the pair received a wider release on the 23rd of August and maybe even a online release on the 9th if memory serves me right, up until then it was a “in store and remaining pairs online” drop, and like the rest of the BragAF team I needed them. Needed, but being Capsule resides in the 416, and I claim the 403 as home, I had to find a way. Luckily I had a friend in The Dot, Mr. Ldoggy himself, CanadaGotSole co-founder, Brag La Familia, Lawrence ‘@Ldoggystyles‘. L braved the line, copped and shipped for me in true Canadian fashion, wanting nothing in return on his 6god steelo “thank me later”. 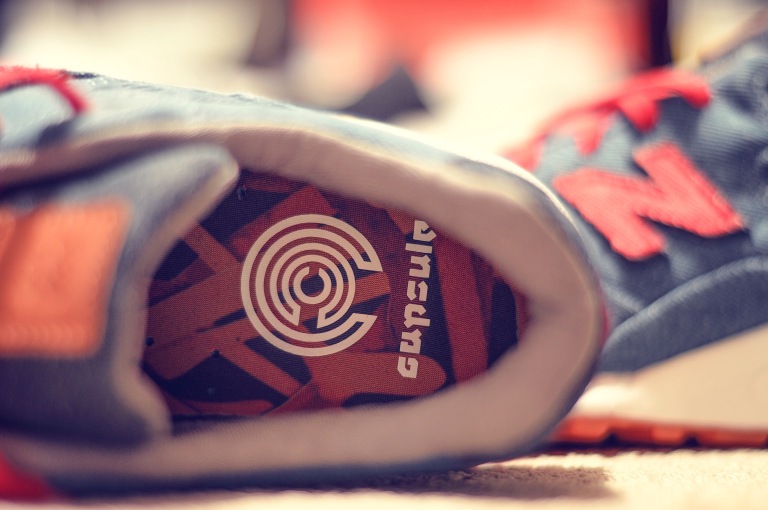 After tearing through the packing tape I opened the blue, white and red NB box in excitement, and they did not disappoint.

With an approach that set them apart from past denim sneaks and also made the shoe more Canadian the Capsule crew dressed the 580 silhouette in a light wash denim, saving the ever popular indigo dark denim used by others to accent the tongue and heel tab, which was perfect for the New Balance branding; a natural leather tab on the tongue and red stitching for the heel.

Black denim was used for the base of the N logo and what else could be more Canadian than a red denim N. 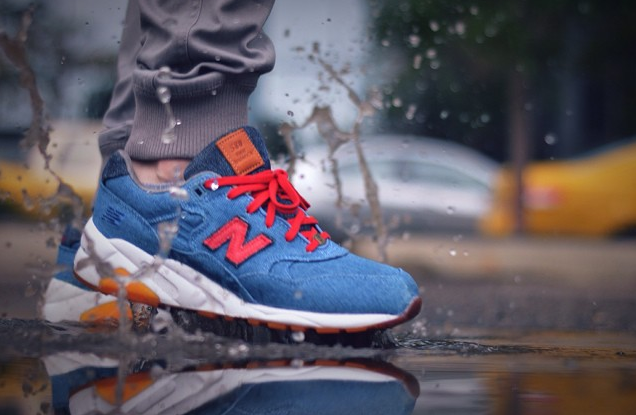 Other primo details include Capsule branded deubrés, insoles with graphics that make you feel as if you stepped inside the Toronto boutique, and as true Canucks (not the hockey team) coming from the land of the Leafs (the hockey team) they’re topped off with almost gum-like maple syrup soles, the perfect pair to lace up for some poutine and pints while watching the game with your buds.

Accessories include a grey, capsule branded dust bag that matches the inner lining of the sneaks, as well as lace options; navy, and 2 shades of denim-esque, all 3 flats which also separated them from other collabs dropping at this time as most came with ropes. This was also where I had my only criticism, “Why was there no red laces?!?” That was until I thought a little deeper; it took me 1.9 seconds to grab some red flats out of my spare lace bag, did the guys at Capsule know many collectors would have some reds already? Did they leave a rope option out to give us as many choices as possible knowing it was the peak of the rope craze and if we didn’t have some, we were only a mouse click away from 20 online ropelace shops? These guys thought of everything, and doing so they created a pair every Canadian should have in their closet, fuckin eh rights bud! 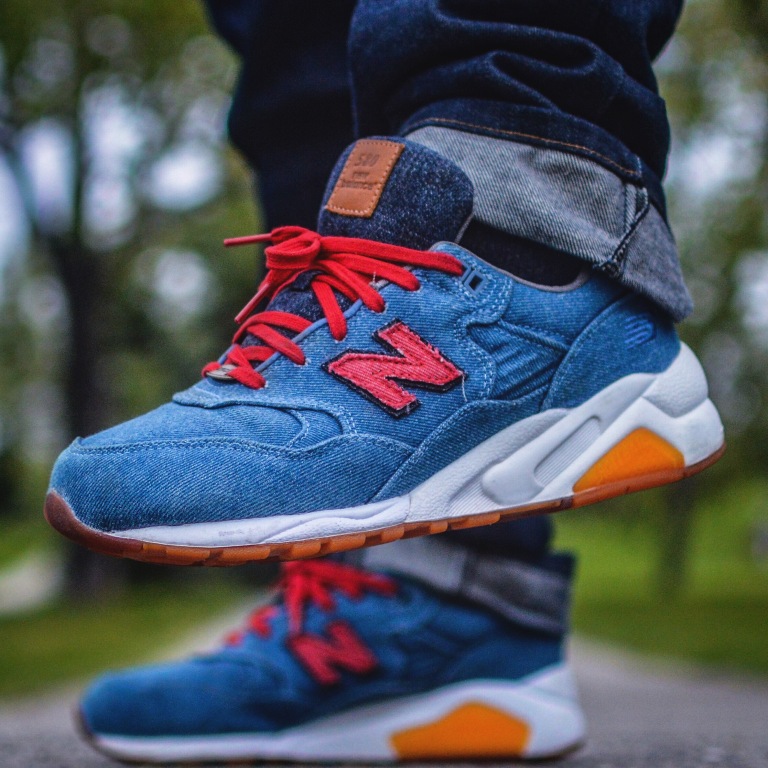 Covering the west coast, holler at your boy. View all posts by justkalby