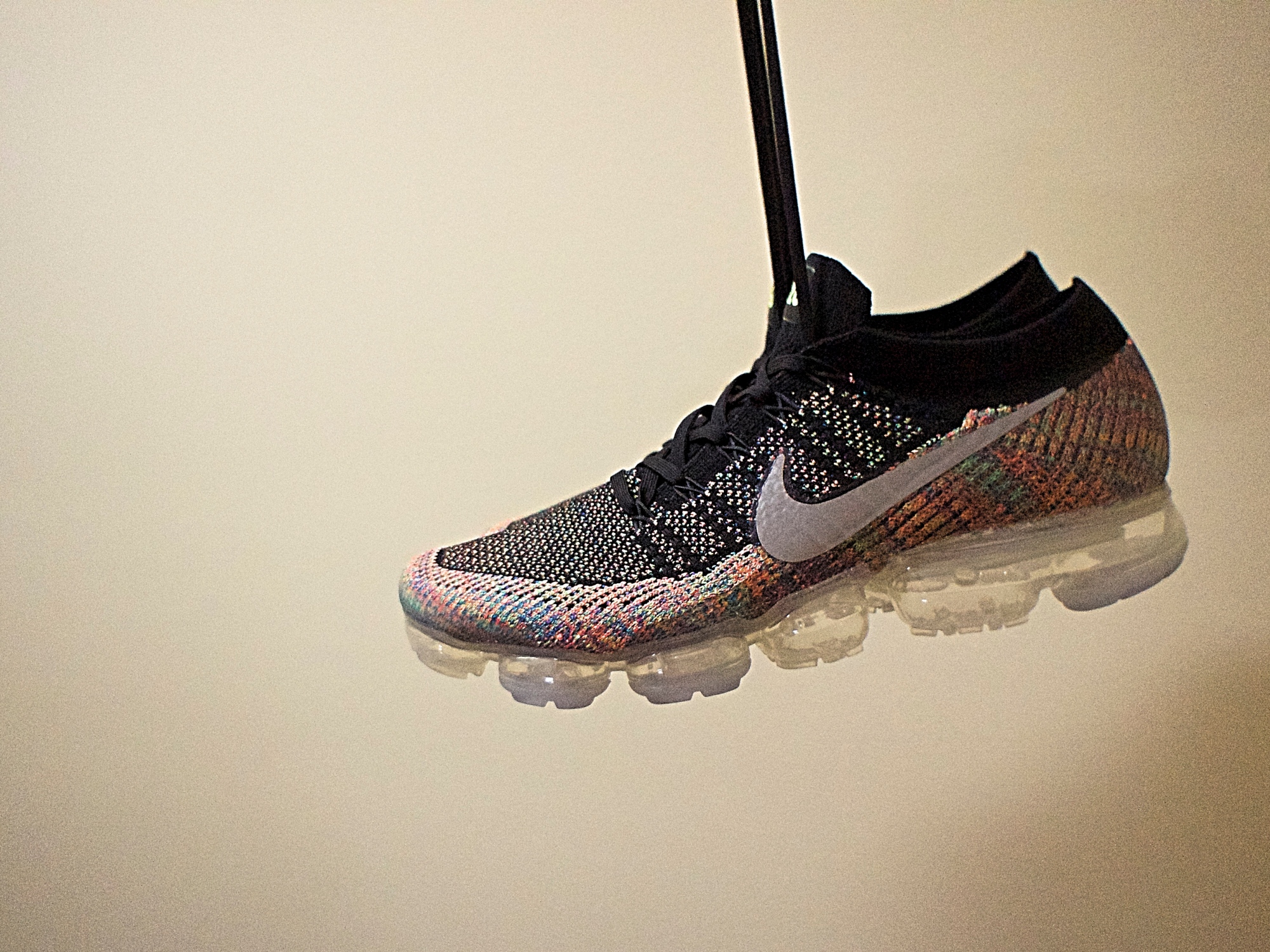 Ever since its initial unveiling at Nike’s Innovation Summit event in 2016, the Nike VaporMax was a pair of shoes that I have had my eyes on. It is definitely one of Nike’s most eye-catching silhouettes with its Flyknit upper and exaggerated Air bubble bottom. Once hearing Nike’s claim of the “running on air” sensation and seeing pictures of the silhouette, I was immediately extremely intrigued by the VaporMax and was highly anticipating its launch on Air Max Day 2017, Sunday March 26th.

On Friday afternoon before Air Max Day 2017, I received an unexpected package from the good folks over at Nike Canada and before I even opened the box, I was beyond excited that my favourite brand had reached out to me (I would’ve been happy with a letter). When I began opening the box and removing the bubble wrap, I found a black NIKEiD box with no tags or stickers anywhere on the box, which made me even more curious to what it could possibly be. I opened the box and pulled back the tissue and immediately started noticing the multicolour Flyknit and the Air bottoms. I was absolutely in shock that they had sent me a pair of the “Air Max Day” VaporMax with the multicolour Flyknit and “3.26” tongue label NIKEiD options.

After a quick inspection and admiration of the shoes, I knew that I wanted to go on a run with them immediately to test out the new technology that I’ve long been waiting for. Unfortunately, due to prior scheduling commitments, I couldn’t find time to go on a run until Sunday afternoon.

Fast forward to Sunday and I finally laced the shoes up for my first outdoor run with the VaporMax. As I laced up the shoes, one of the first things that I noticed was how light and flexible the shoes were with and this went along with Nike’s claim that this was the “most flexible Air Max ever.” Along with the Flyknit upper, one of the reasons that this shoe is so light is due to the fact that all of the foam that is traditionally used on the midsoles have been completely removed and the upper now sits directly on top of the Air bags.

One of my initial reactions was my skepticism towards the exposed Air bubble soles, but after indoor and outdoor sessions with them, it’s safe to say that those skeptical thoughts are long gone and I believe that the Air bottoms will hold well and will not pop as Nike has said. The shoes provide a very bouncy feel to them with great traction, both indoor on a treadmill and outdoor on pavement. The bouncy feel is definitely more apparent towards the heel and less towards the toe, but this is something that I preferred, as the same amount of bounce on the toe and forefoot may have provided an uneven feel.

The Flyknit uppers are very sleek that are very appealing to the eyes, both in-hand and on-feet, and this design reminds me of a Flyknit Racer with more stability and stretchier Flyknit. The shape of the uppers is not as narrow as the Flyknit Racer and you can go true to size with the VaporMax, but you may want to size up a half-size if you have wide feet. The Flywire on the midfoot area, both on the lateral and medial sides, provide that feeling of extra stability where it may feel more snug compared to the rest of the shoes.

Many people have been asking for the comparison of the Air VaporMax technology to adidas’ Boost technology, and from personal experience, they are two completely different feeling shoes. As previously stated, the Air VaporMax technology feels extremely bouncy with less forgiveness and more responsiveness, whereas the Boost technology will be a softer and more muted feel. Many people will want to choose a side between the technologies of Nike and adidas, but they do feel extremely different and you should definitely try both out to see which you prefer.

If you were lucky enough to pick up the limited NIKEiD VaporMax, or one of the initial colourways, I hope that you enjoy them as much as I do! They are the best of both worlds offering with the great aesthetics of the Flyknit upper with the bold exaggerated bottoms that are made to look like actual clouds.

Thank you to the amazing people over at Nike Canada & Nike Toronto, not only for this amazing pair of shoes, but for everything throughout the entire Air Max Month in the city of Toronto. Even as a resident of one of Canada’s top cities, it can definitely feel like that we live in a significantly smaller marketplace compared to other markets around the world. It’s safe to say that the city of Toronto was one of the best places in the world to be for Air Max Day as we were one of the very few cities that held a SneakEasy event to commemorate the Air Max, but the city also had the Air Max Bus making stops throughout the Greater Toronto Area during the entire month. 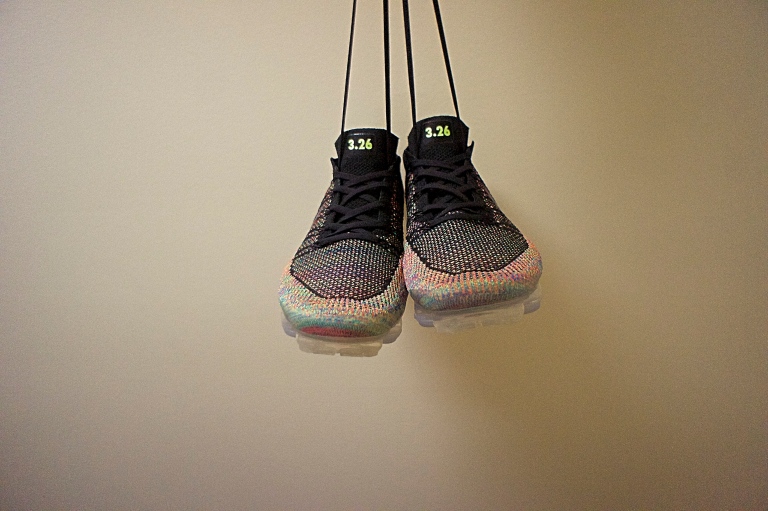 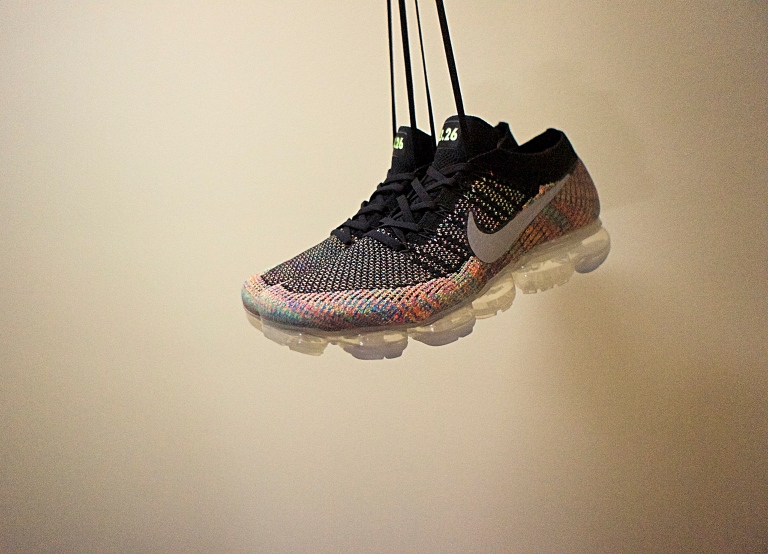