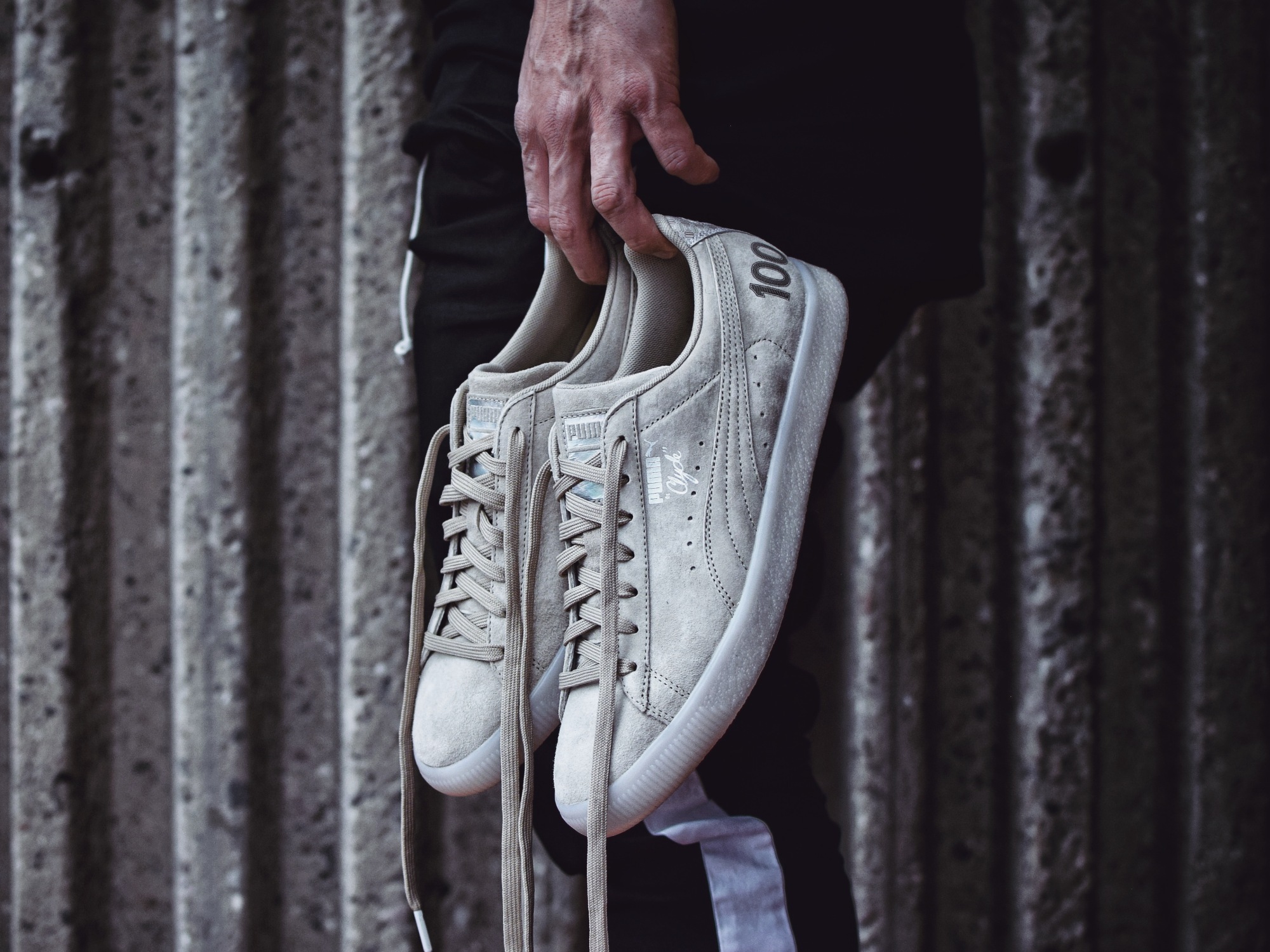 The 150th anniversary of Canada has been celebrated throughout 2017 in various ways and PUMA has joined the celebration with the release of the ‘Money Pack’ featuring three different colourways of the iconic PUMA Clyde.

PUMA is paying homage to Canada’s 150th anniversary with the release of a trio of PUMA Clyde designs that are inspired by Canada’s colourful currency. The timeless silhouette is reimagined in three different colourways inspired by the hues of Canada’s $20, $50, and $100 bills. 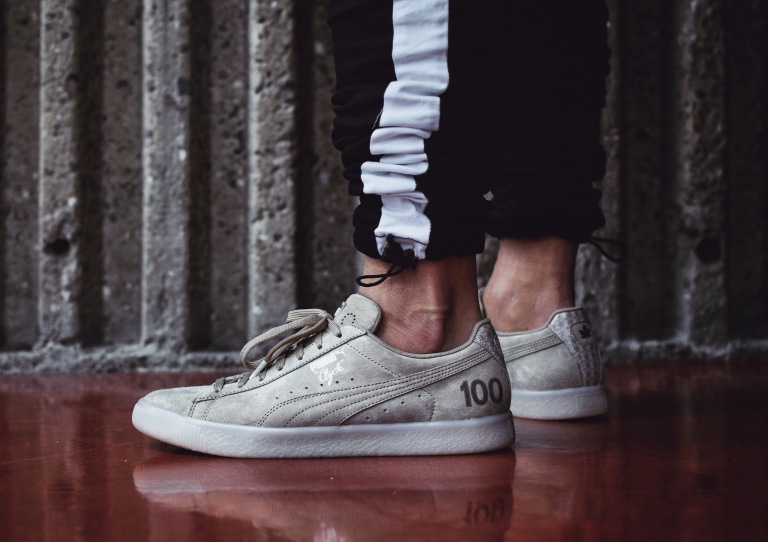 Each colourful is done on a nubuck upper on a semi-translucent sole with details that specify which dollar bill that it is inspired by. The sneakers are designed to mimic to look and feel of the Canadian banknotes with notable details such as the denomination of the bill that is embossed on the lateral heel counter, as well as throughout the alternate laces. The iridescent foil print from the bills are used to highlight the label on the tongue and the PUMA Clyde logo on the midfoot area of the lateral side. The tongue also features a perforated pattern on both sides of the label, which is a nod to the series of raised dots on Canadian currency that is used for the visually impaired to identify the banknotes.

The PUMA Clyde ‘Money Pack’ is available now in select stores throughout the country, including Footaction, PUMA Labs, and select Foot Locker locations for a retail price of $130. 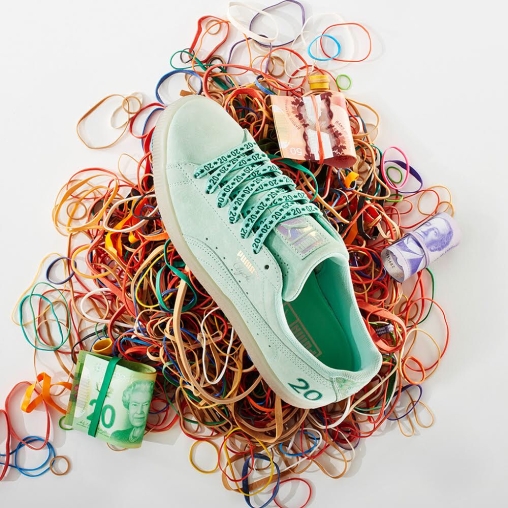 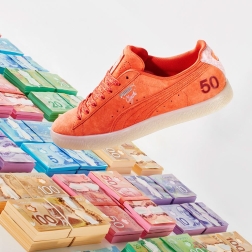 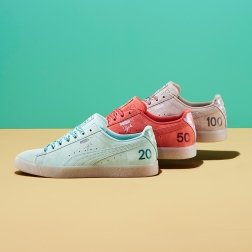